The four fold Reconstruction model incorporating (1) Literacy (2) Livelihood (3) Health and (4) Leadership development services as a basic for the work of Rural Reconstruction Society. This association is formed with the under mentioned main objectives.

1. To provide a forum for students, intellectuals, development administrators, business men and civic leaders of the country to undertake all development projects in the Rural area.

2. To provide a forum for Rural Development Scholars for undertaking systematic and scientific and field experiments.

3. To function as a centre, as a research body. Training and extension centre in all rural development activities.

4. To function undertake multi-sectoral action projects to improve: Literacy, Livelihood, Health and Leadership development in the entire area of operation.

5. To conduct and participate in such other programmes and activities in furtherance of aims and objectives of the Association as are determined by the General Body and the Executive Committee from time to time. 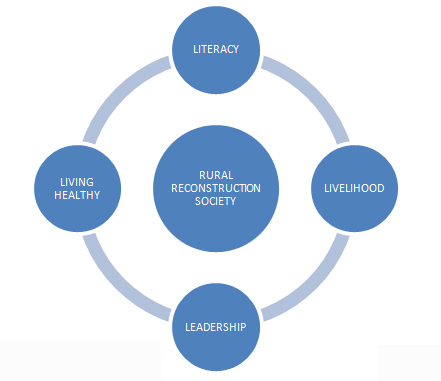 o To prevent the spread of HIV/AIDS

• Conservation and Protection of Environment 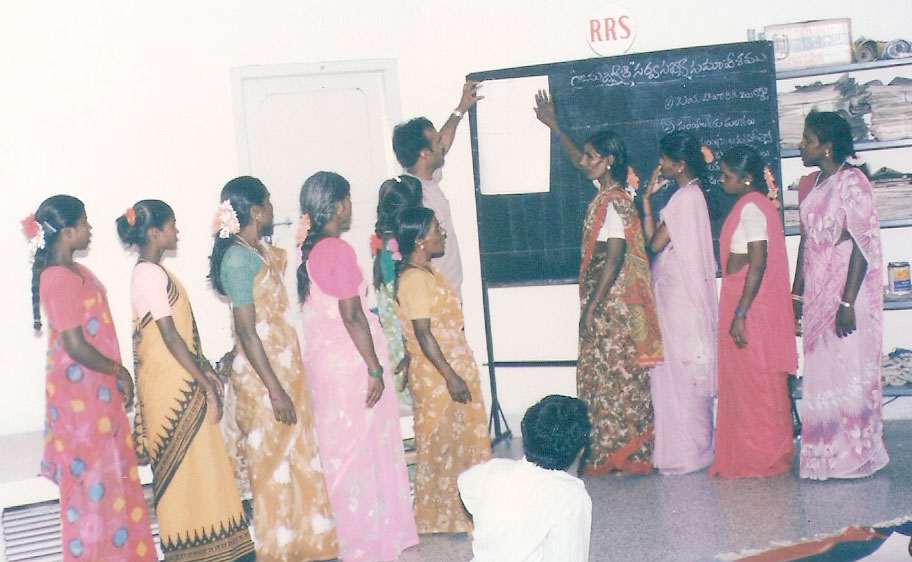 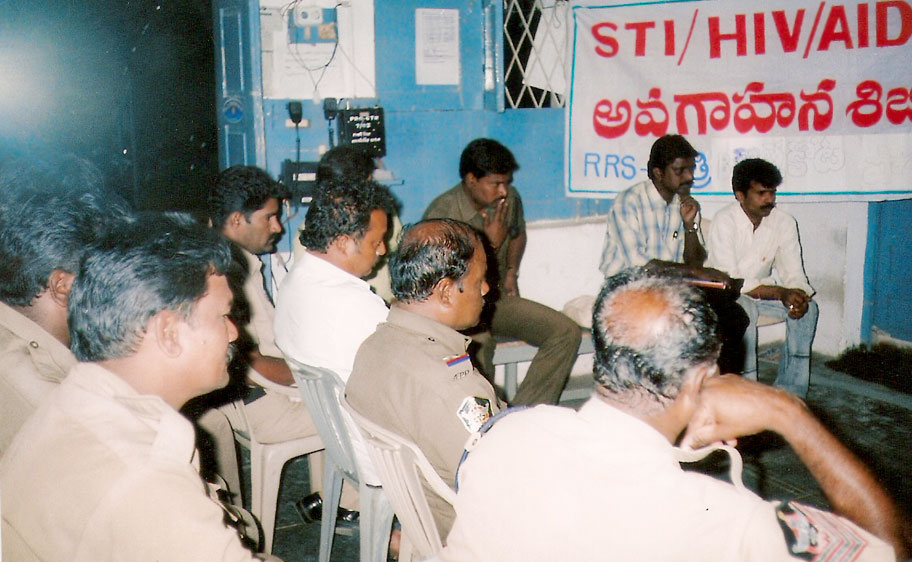 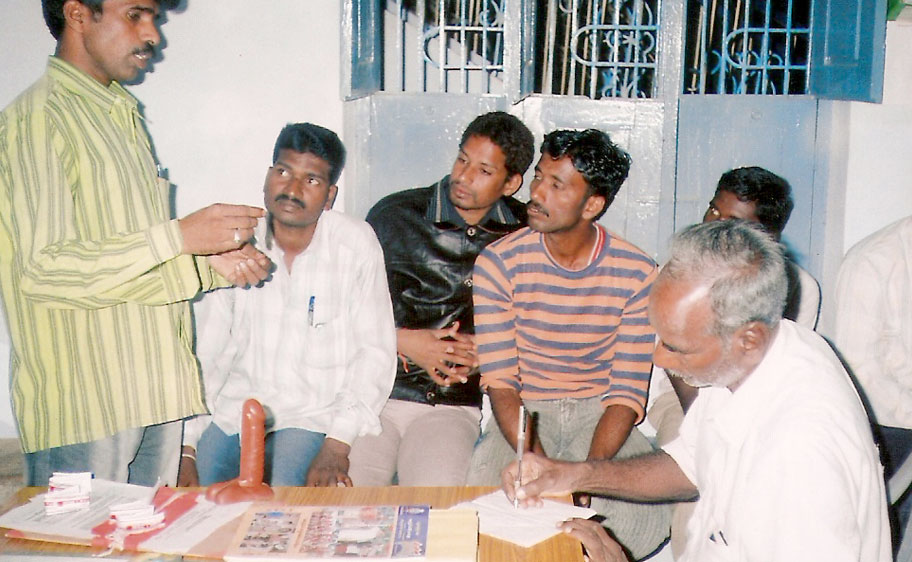 It is drought prone area. The landscape besides being undulating in nature is studded with subterranean boulders, strewn with protruding rocks and dotted with serrated hills and hillocks. The area is not blessed with perennial rivers, nor provided with water canals. But it abounds in irrigation tanks, many of which have fallen into disrepair. Main stay of the people is agriculture. Its dubious destination is its liability. Rain is lifeline of dry land farming. Its truancy and vagaries has plunged the farming community into despair and despondency.

Groundnut widely sown commercial crop has become vulnerable to pests and susceptible to diseases. Its returns have started dwindling to an extent that the farmers are debt-ridden. Abysmal poverty, rampant illiteracy, ill health, faction-ridden society, depletion of forest wealth, arid-lands, creeping desertification, and trauma of drought, are haunting obsessions of the people. They wear a famished look with emaciated bodies. The gift of these people is the “Will” that does not wilt, but on the other, the indomitable spirit they are endowed with has inured them from all vicissitudes of life. This grim determination that they have cultivated to survive is an asset that they exult:

Tribal, Dalits, Backward Community, Women, Farmers and Children are being our primary target groups. Selection of beneficiaries or target people done on unbiased manner and ensure that every vulnerable is covered under project area 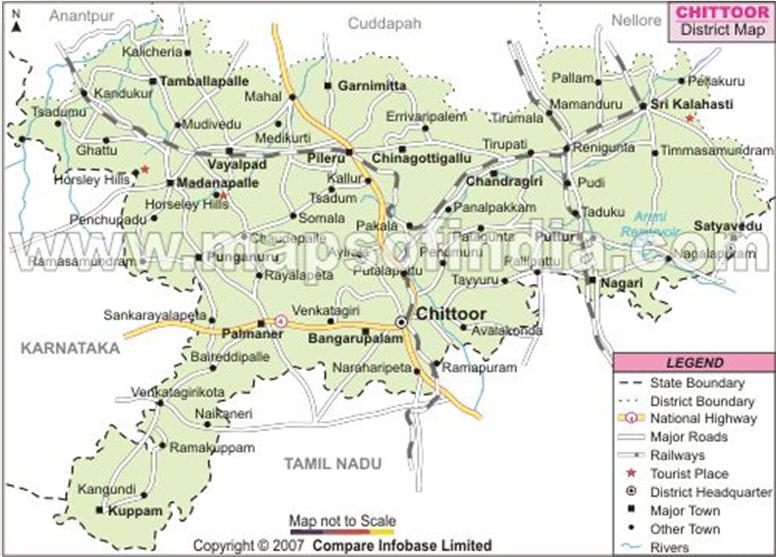 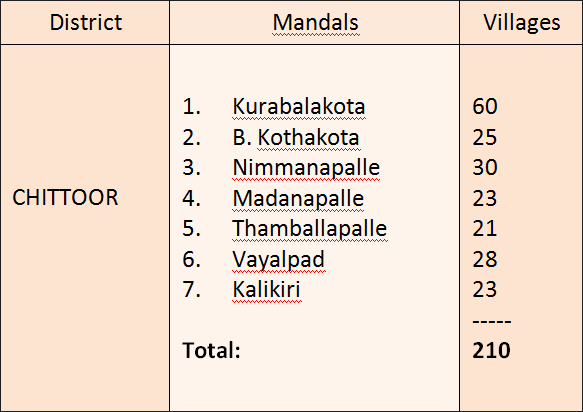 Education as an instrument of human resource development, the organizationmaintained 25 Non-formal Education centers sanctioned by Department of Education, government of India for a period of 7 years until it was terminated recently. It has risen the level of literacy in the area. The organization has been handsomely complemented for its good work.

Education for all is the theme and mission of the organisation and in its pursuit it has spared no effort to spread it to nook and corner of the area. It has established 25 NFE centers and operated and maintained them in a way that children thronged being attracted by the quality of education imparted. The centers were run for 7 long years with an attendance of 630 children, roping in children of all sections.

The people in the rural area languish when fallen ill, without proper medical facilities. The primary health centres established by the state government have failed to adequately address the health problems of nearly 30 to 40 thousand people that each PHC is expected to serve.

The organization intervened to supplement the efforts of the government by establishing 4 medical centers in the area and appointing full complement of health and medical staff to man them. They used to fan-out to remote areas to treat the patients in their habitations. As a result they came to be known as peripatetic doctors. This programme was implemented for 7 yearsuntil the funds provided by a munificent donor agency was totally exhausted to the last pie. People in rural areas attach no importance to sanitation and health. Personal hygiene was observed in breach. The drive was carried on for 15 years. At present it is totally involved in the prevention of HIV/AIDS which has acquired an epidemic form enticing unwary people to trap in.It is brought to the notice of vulnerable sections of the people that the disease defies treatment and the only antidote is prevention. Now palpable abatement is perceptible due to awareness campaigns carried on seeking no respite. At present, for the last 4 years, RRS has been implementing a major health programme called India HIV / AIDS Alliance AP, supported by BMGF. The main aim of the programme is to preventspread of HIV / AIDS, through carrying out different kind of activities:

• To prevent the spread of HIV/AIDS,

• To limit the effects of the HIV infection,

• IEC campaign dealing with HIV/AIDS awareness, its modes of transmission and means

• Care and support to people living with HIV.

• To minimise stigma associated with HIV/AIDS.

• Partnering with NGOs who deal with drug abuse programmes,

• Focus more on advocacy and mainstreaming partnerships with stakeholders

• Mobilization of community for availing of services

• Carrying out advocacy meetings to find out solutions against emerged issues

Operational area covers 5 sites namely: Madanapalle, Angallu, Vayalpad, Kalikiri & Molakalacheruvu at presentworking key population is: 1881 KPs. The project has been implementing since 01 / 07 / 2004 in above said sites.

Health & sanitation, two important components that contributes in good measure to ward- off diseases that are lurking about. A pilot project was taken up in Kanasanivaripalle village of Kurabalakota mandal. Subsequently it was extended to 20 other villages in Kurabalakota mandal logical support is extended by CWSS/ Chittoor.

The heterogeneous society made-up of people belonging tovarious castes and clans with diversified religious practices that brings in conflict with interests of one another sets them apart.

The organization has fairly succeeded in bringing them together into well-knit setup of community organization to fight for their rights by training, leadership qualities are developed in them and are made vocal, articulate and assertive by shedding their diffidence. Separate community organizations have been setup for both men and women as their demands are varied in nature. By virtue of the achievements they have become a big force to reckon-with. It is a feather in the cap of the organization.

The alchemy of bringing about unity in heterogeneous society is unique feature of an achievement to bark in the glory of it, through counseling energies of the youth brigade is channel zed is to productive purposes, youth associations are constituted 20 in number.Youth exchange programme is arranged and interactive active sessions are held to imbibe the implicit spirit. Enthused to participate in public welfare programmes and development activities. Village upkeep is maintained through shramadan.

All development issues ranging from sustainable natural resource management to human rights conservations are in essence related to good governance.Ensuring socially disadvantaged, less-privileged communities access to justice, common resources and existing socio-political institutions are some of the burning issues constituting RRS’s mainstream agenda in good governance.Principal issues on which advocacy is carried out are consolidation of democratic institutions at gross roots, ownership of landless on commons, eco-specific land use pattern, bio-diversity conservation, woman & child trafficking and human rights etc. RRS has taken up a mass awareness campaigns on various issues of development concerned. 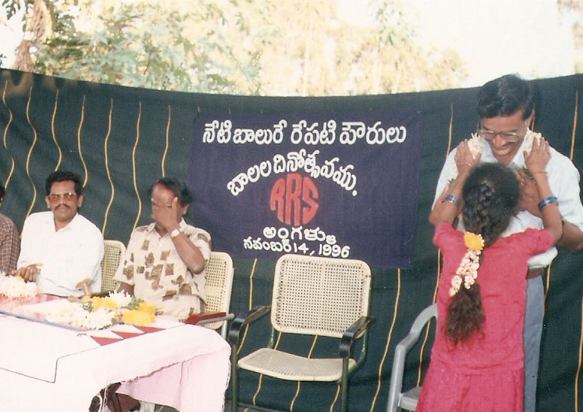 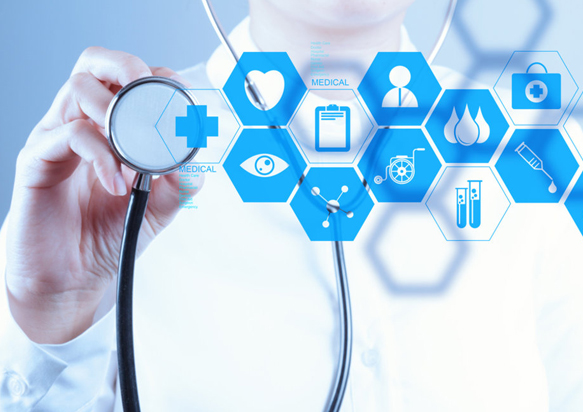 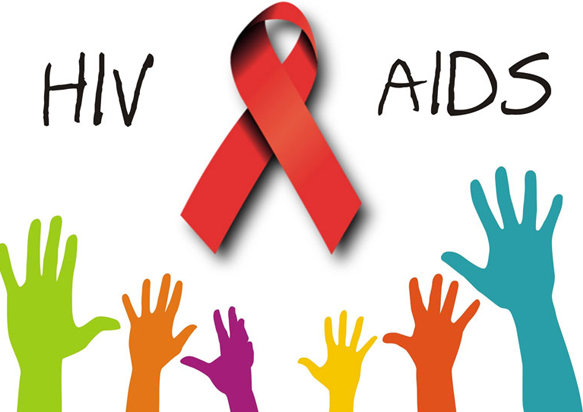 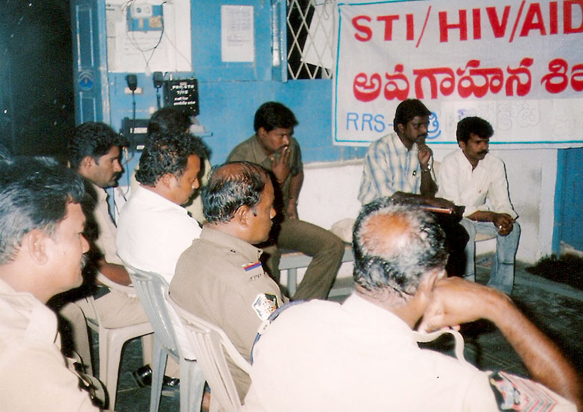 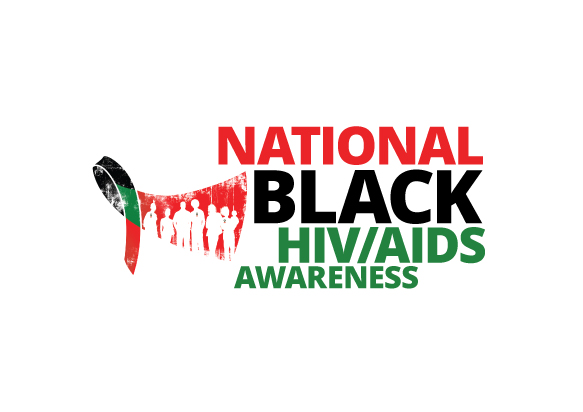 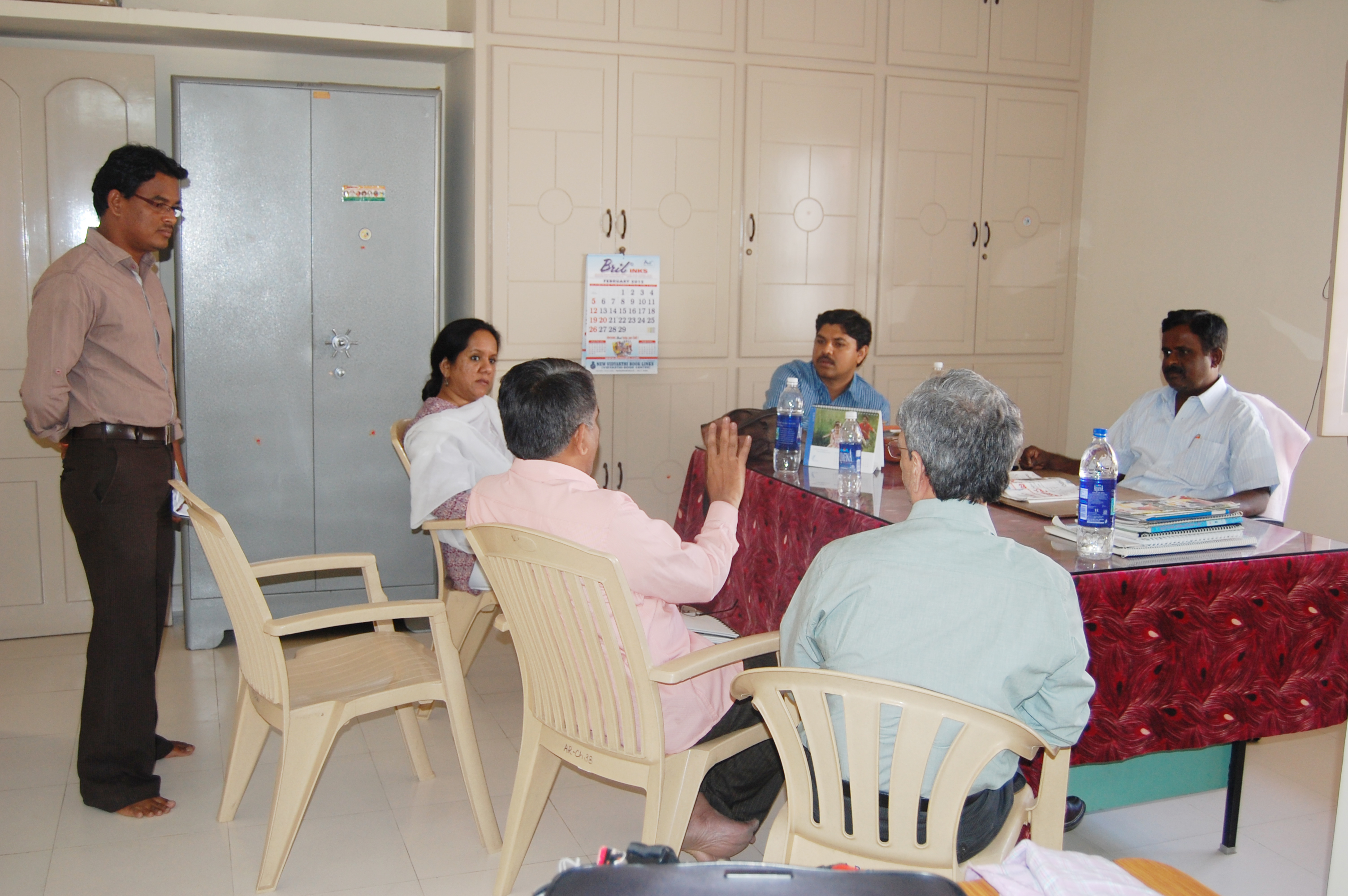